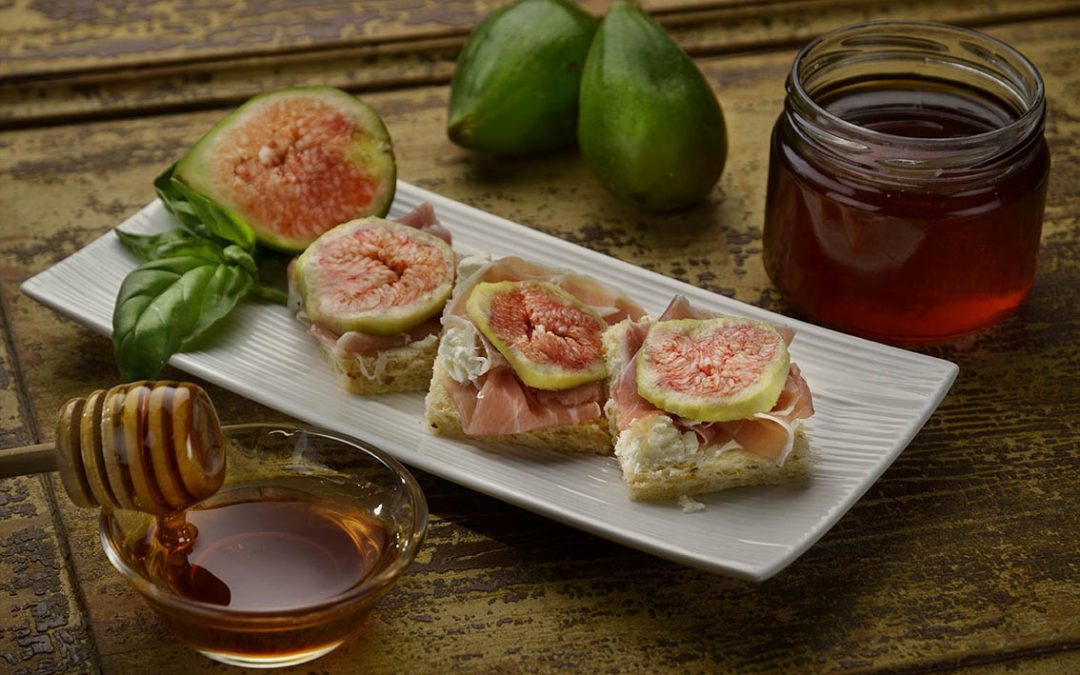 Preheat the oven to 200°C. Cut the slices of bread in half and butter them lightly.
Cut the figs in half lengthwise. Spread the slices of bread generously with the cream cheese then top with a slice of ham and half a fig. Spoon half a teaspoon of chestnut honey over each crostino. Season with salt and pepper.
Place the crostini on an oven tray and cook in the oven with the grill element switched on for two minutes, or until the honey on top of the figs and cheese caramelises and the rye bread is toasted. For a scrumptious variation, try gorgonzola instead of cream cheese and walnuts in place of the figs. For a tasty aperitif, cut each slice of bread into four. 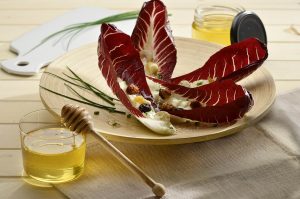 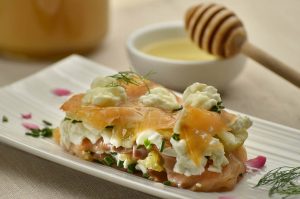